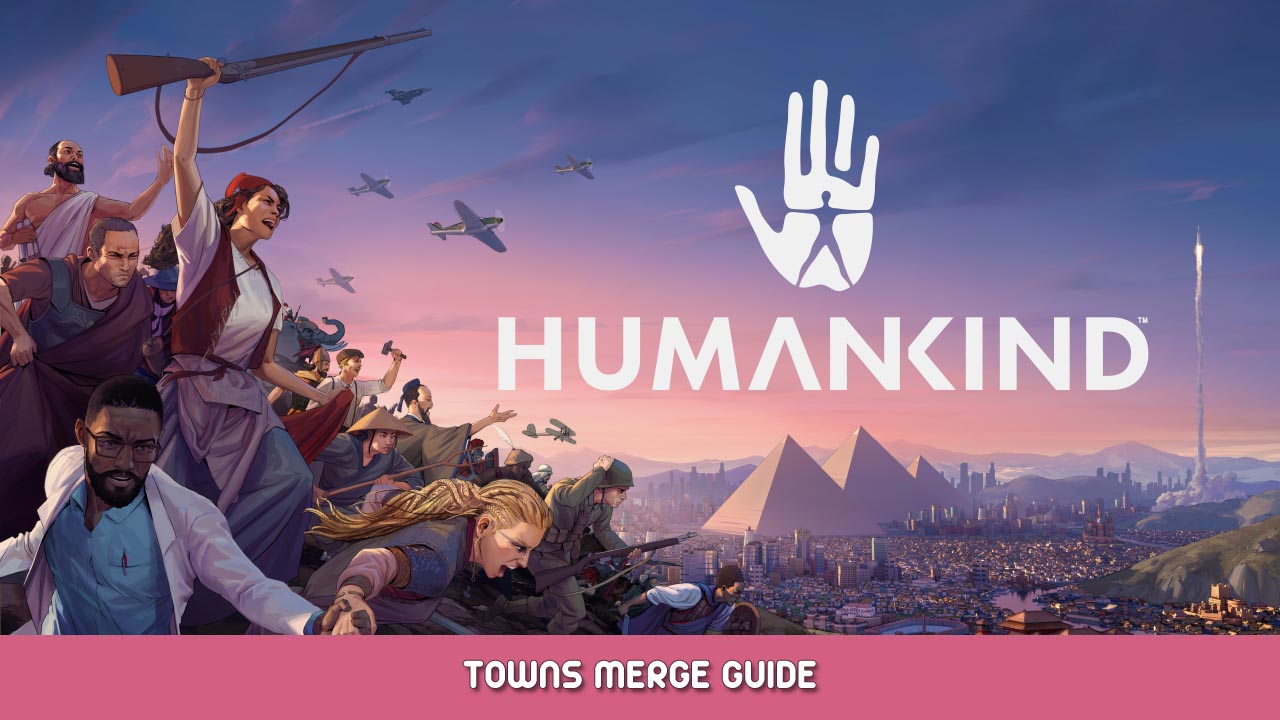 Towns merge is rather complex and the game is missing a preview. This guide explains the basics but also how to manage it, and various typical use cases.

For now, this guide doesn’t contain alternate methods that can replace mergers, nor how to manage your number of towns.

The option is enabled when you research Military Architecture during 3rd era (Medieval Era).

The two towns need have contiguous territories, select one town, then in global map, all towns that can be merged into it have a merge button at right to the town name, and above the merge button you have the price.

A towns merge does:

In general after a town merge there are various problems:

Implement yourself the merge preview

Merge should offer a preview, without it, its design is a bit weird because it’s complex with potentially dramatic effects.

In single-player I advise implementing yourself the preview, save, merge, see the result, load back, and done, perhaps you can even give yourself the badge, game developer.

There are only two good use cases of merge:

A few elements can favor the merge:

But in a wide majority of the cases, the two towns will be more efficient than the town resulting from the merge.

Still, the two towns won’t compare well to the merged town and the new extra town. Moreover, it allows having a new town at a totally different location, or this could be a full build captured town with all territories, so often rather efficient instantly, no build time.

Instead of merging you can also:

This guide doesn’t compare the various methods, nor detail the methods other than merge.

Effects of the merge

The merge ten be just an addition of two towns, but as the game uses many formulas with increased costs that aren’t linear but more exponential, the merge has many effects that can look surprising:

If you want formulas, check the Humankind wiki, but sometimes it isn’t up to date.

Quote that since Vitruvian update, the merged price is rarely symmetrical, select each town to compare, but the location of the town merged is an important element that can justify pay a higher price.

The merge price is dependent of:

There’s a civic, Privatization, that allows paying the merge and some other actions with money instead of influence points.

But money is useful for many actions and pay merges with influence points is often a strong option anyway, because it gives more money to other actions paid in money.

Remind also that you can change a civic and take the other option, or in this case just enable the civic when needed, later disable it, and eventually enable it again later.

The merge price can be reduced by targeting the elements increasing the price:

In single-player don’t bother and use a preview

A previous section reminds you how to implement a merge preview in a single player with simple save and load.

But you can also do some (serious) efforts and compute more or less the result of the merge, see next sections.

Firstly, know the current stability bonus of the town targeted (town selected before the merge). There are two cases:

So get the stability bonus of the town targeted for the merge.

Then you need to compute all the stability lost from the second town that will bring much instability and will lose most stability bonus that can’t be applied twice like:

To compute the instability added by the second town:

And then you can remove the instability added by the second town to the stability bonus of the targeted town.

I prefer to start merges plans in advance, typically since the second era, with the purpose to prepare a low price with the same infrastructures for both towns.

But that’s no way the unique approach. Paying a higher merge price and continuing to develop the two towns with a more adapted approach can make sense. And obviously, the choice starts to be complex when an intermediate approach can be the best.

I would suggest considering a targeted merge price, not the cheaper but what seems ok for your play. And then plan the merge with that goal in target.

Once you know the merge will result in stability problems you must anticipate it or give up on this merge:

Sometimes it’s possible to anticipate merging population problems by having a lot of food produced and many jobs available. But it’s not obviously the best approach because it tends to focus the two towns a lot too much on food during multiple turns.

It’s also possible to consider a pop buyout right before the merge, the buyout price will be lower. But prices are quickly high and in general, I don’t advise it. The reason is past the merge you’ll lose only one pop per turn with a lot of pop for one town, the pop buyout will involve a brutal drop down and won’t improve anything on that.

The only pop buyout I would suggest is in targeted town buyout a few of the cheaper infrastructures adding stability if you need it for the merged town, and at Endless it’s hardly anything else than the first of those infrastructures.

The build time of districts should increase a lot. But if you consider one town’s perspective, a town would have required a lot of time to build so many districts.

To prepare for the district building duration increase:

Moreover, as the game progress, the town district building time should decrease thanks to extra global bonus coming from techs or cultures. The most chance that no non merged town will be able to compete in terms of output, except for sure for one, typically capital if it’s not the merged town as capital is the best target to merge into.

Right after the merge focus mainly on:

That's everything we are sharing today for this Humankind guide. This guide was originally created and written by Dorok. In case we fail to update this guide, you can find the latest update by following this link.